The Video Course teaches you everything about modern cars.

A good way to check engine wear is to test the compression of each cylinder using a compression tester, which you can buy or hire.

The check will reveal any leakage and enable you to detect whether the cause is worn piston rings , a blown cylinder-head gasket or a valve that is not seating properly.

Test each cylinder in turn while the engine is being cranked by the starter motor , and then compare the pressure readings with each other and with the pressure specified in the car handbook.

Run the engine until it reaches normal working temperature, then remove all the sparkplug leads. If there is a risk of getting the leads confused, label them.

Remove the LT lead from the coil to avoid possible sparking at the plug caps. On a fuel-injection engine, disconnect the fuel-pump supply lead at the fuse .

Ask a helper to press the accelerator pedal hard down to open the throttle fully, and to be ready to turn the ignition switch to crank the starter .

Remove a cylinder sparkplug and screw or push the connector of the compression tester into a sparkplug hole. If it has to be held in place, hold it firmly to avoid leaks.

Tell your helper to crank the engine for at least ten revolutions, or about six to eight seconds. Take care that loose clothing or hair does not get caught in belts or pulleys.

The pressure reading on the gauge.increases in steps, and may take up to ten revolutions to reach a maximum.

Note the pressure, and how many revolutions it took. Then test all the other cylinders, in the same way, noting the reading after the same number of turns.

The figures should be within 10 per cent of each other and of the maker's figure if the engine is in good condition.

If one or more cylinders give a lower result than the others, a further test (described in the next column) shows whether the leakage is past worn piston rings or elsewhere.

Pour about a dessert spoon (1 fl. oz or 10 ml) of clean engine oil into the suspect cylinder.

Reconnect the compression tester and crank the engine as described in the previous columns.

If there is a marked increase in pressure, the piston rings are worn. If not, either the bore is so damaged that the oil has failed to seal it or more likely — the gasket or valves are at fault.

To check the valves the cylinder head must be removed (See How to remove a cylinder head ). A leaking gasket, however, will show other symptoms besides loss of compression. A leak between cylinders will cause rough running, and there may be a loss of coolant into the sump which will show as a white emulsification on the dipstick and a high oil-level reading.

It is possible to check cylinder compressions by using a vacuum gauge , if you have one or if one is fitted to your car.

When the needle drifts between 5 and 19, the cause may be a compression leak in the cylinder-head gasket between two or more cylinders.

A zero reading at idling speed after a 22 reading at high speed indicates worn piston rings.

If the needle drifts between 5 and 19 there may be a leak at the cylinder-head gasket.

Learn everything about modern cars from our new video series. 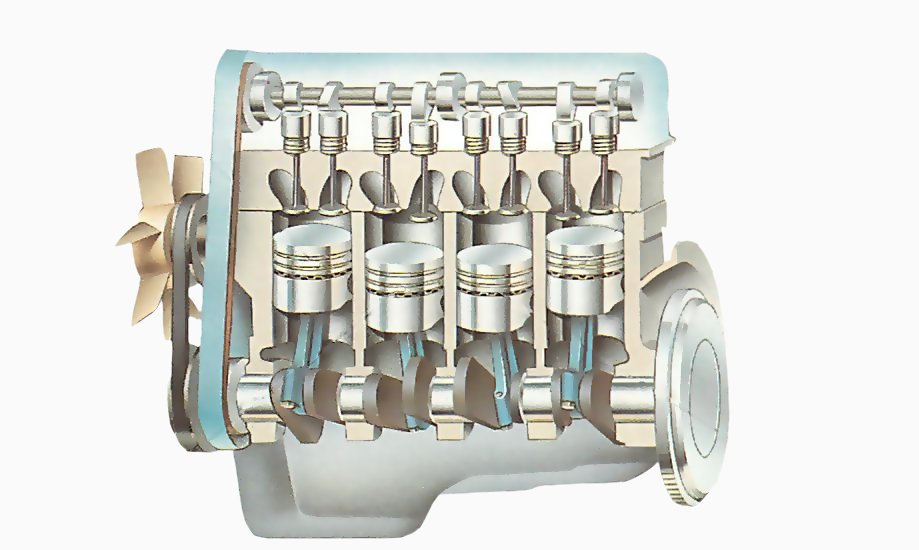 The engine - how power is created

The conversion of fuel energy into power in an engine starts when petrol is mixed with air in a device called a carburettor, to form a highly combustible mixture. 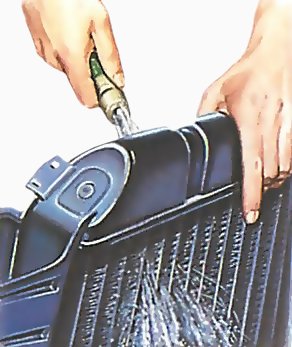 How to flush an engine radiator

Over a period of years, sediment builds up in a car's cooling system even if antifreeze containing corrosion inhibitors is left in all year round. 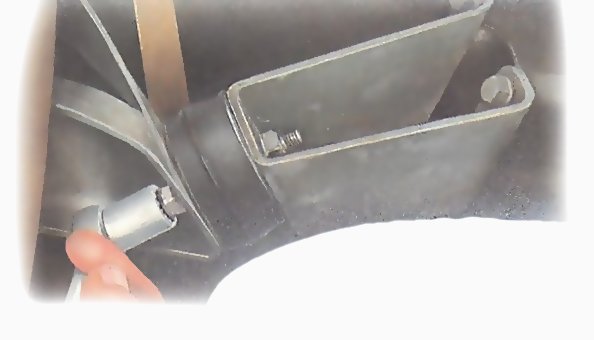 The rubber anti-vibration mountings of an engine may crack or come away from the metal plates to which they are bonded.